Photos of Lowther, Askham and Moor Divock in Eden, Cumbria. 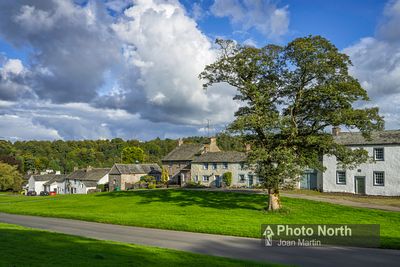 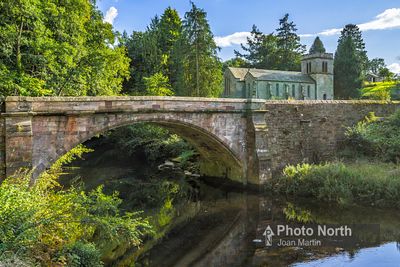 ASKHAM 05A - Askham Bridge
Askham Bridge spannining the River Lowther at Askham in the Eden District of Cumbria, UK.
The bridge was built in the 1890s from pink sandstone, and the foundatiion stone laid by the Countess of Lonsdale. St Peter's Church can be seen behind the bridge. 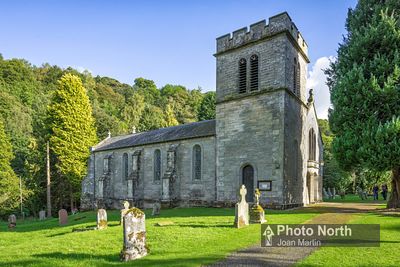 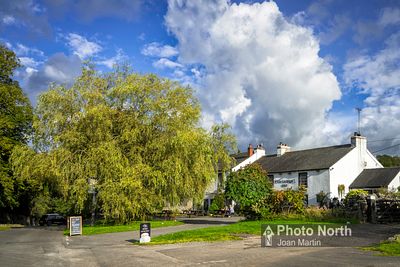 ASKHAM 30A - Limekiln on Askham Fell
Limekiln and rowan tree on Askham Fell, Askham in the Lake District, Cumbria.
Most kilns were built during the 18th and 19th centuries. Limestone was thrown in at the top and burned to produce quicklime for farming and building use. 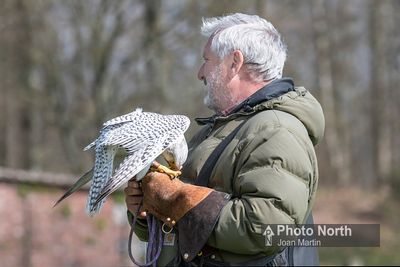 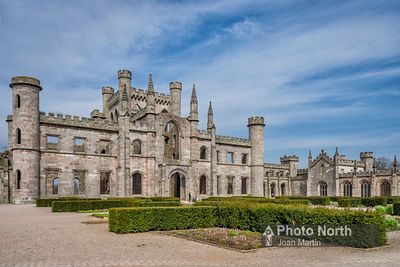 LOWTHER 01C - Lowther Castle
Lowther Castle in the Eden District of Cumbria.
A country house, now a ruin. This gothic style sham castle built 1806-14 was designed by Robert Smirke for William Lowther, the 1st Earl of Lonsdale. In the early 1900s Hugh Lowther, the 5th Earl of Lonsdale inherited the castle, but his expensive lifestyle brought financial problems and he was forced to leave the castle in 1935. It was then requisitioned for the war effort, to be used for tank development. It was returned to the family in poor condition in the 1950s. James Lowther, the 7th Earl of Lonsdale had inherited the estate in 1953, but could not afford the restoration work so he demolished the building, leaving just the outer shell.
In 2000, Lowther Estate and English Heritage joined forces to secure funding to restore the estate and it is now a major tourist attraction.
Click here to visit the websiteAdmission charge. 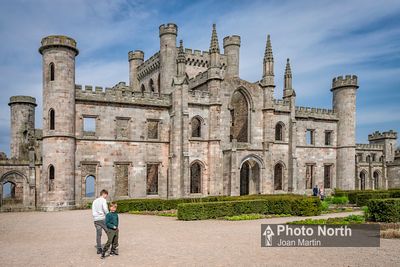 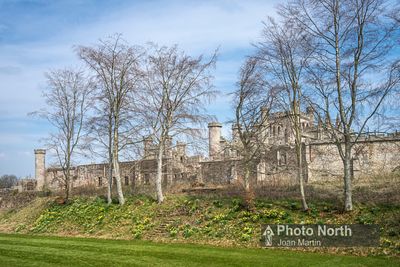 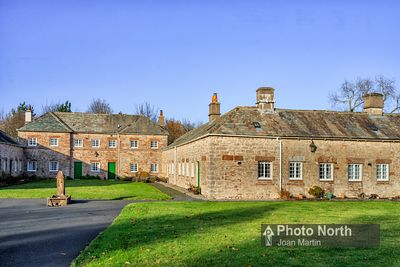 LOWTHER 03A - Lowther Village
The 18th century Lowther Village with the water pump and trough in the Eden district of Cumbria.
Designed by Robert Adam for Sir James Lowther. 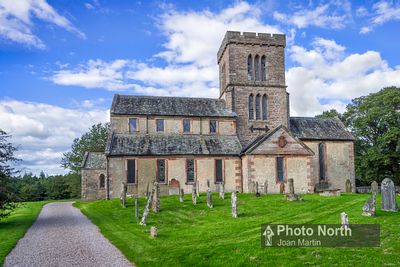 LOWTHER 05A - St Michael's Church
St Michael's Church, Lowther Park at Lowther near Askham in the Eden district of Cumbria.
The church originates from the 12th and 13th centuries, but there was extensive late 17th century rebuilding and 19th century alterations and additions. 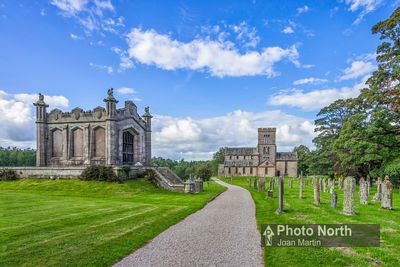 LOWTHER 08A - Mausoleum and St Michael's Church
Lowther Mausoleum and St Michael's Church at Lowther in the Eden district of Cumbria.
The mausoleum was built during the life of William Lowther, 2nd Earl of Lonsdale (1787-1872) for the reception of his own remains. The mausoleum, designed by Band of London is gothic in style with four griffin type beasts mounted on each corner. The crest of the Lowther family comprising six circles within a shield, is mounted above the doorway. 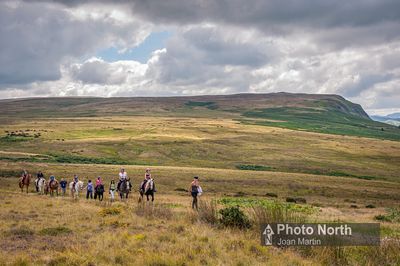 MOOR DIVOCK 07A - Ponytrekking
Ponytrekking on Moor Divock near Pooley Bridge in the Lake District, Cumbria.
Arthur's Pike can be seen on the distance. MOOR DIVOCK 10A - The Cockpit Stone Circle
The Cockpit, Moor Divock, Pooley Bridge in the Lake District, Cumbria.
This Bronze Age circle is the largest of three circles on the moor. The Cockpit, like many Cumbrian circles, comprises two concentric rings of stones. On the east side is the possible remains of a dwelling. MOOR DIVOCK 15A - The Cop Stone
The Cop Stone, Moor Divock on Askham Fell in Cumbria.
The Cop Stone is believed to have once been part of a Bronze Age ring cairn. In the 1880s, there were said to be at least ten other stones set into the man-made bank. MOOR DIVOCK 20A - White Raise Cairn
White Raise Cairn on Moor Divock, Askham Fell, near Pooley Bridge in the Lake District, Cumbria.
White Raise Cairn is a partly mutilated Bronze Age burial site, once covered by a heap of stones. On top of the cairn is an open rectangular cist (stone grave) with the displaced stone capping slab nearby. When opened, this grave was found to contain a crouched adult skeleton. The cairn is situated upon an alignment of several funerary monuments stretching for over 1.5km along the natural communication route over the fell. 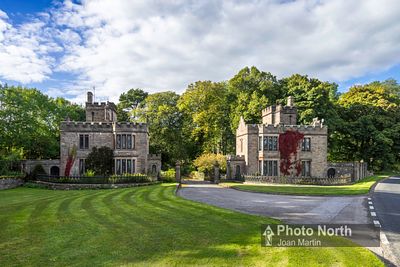