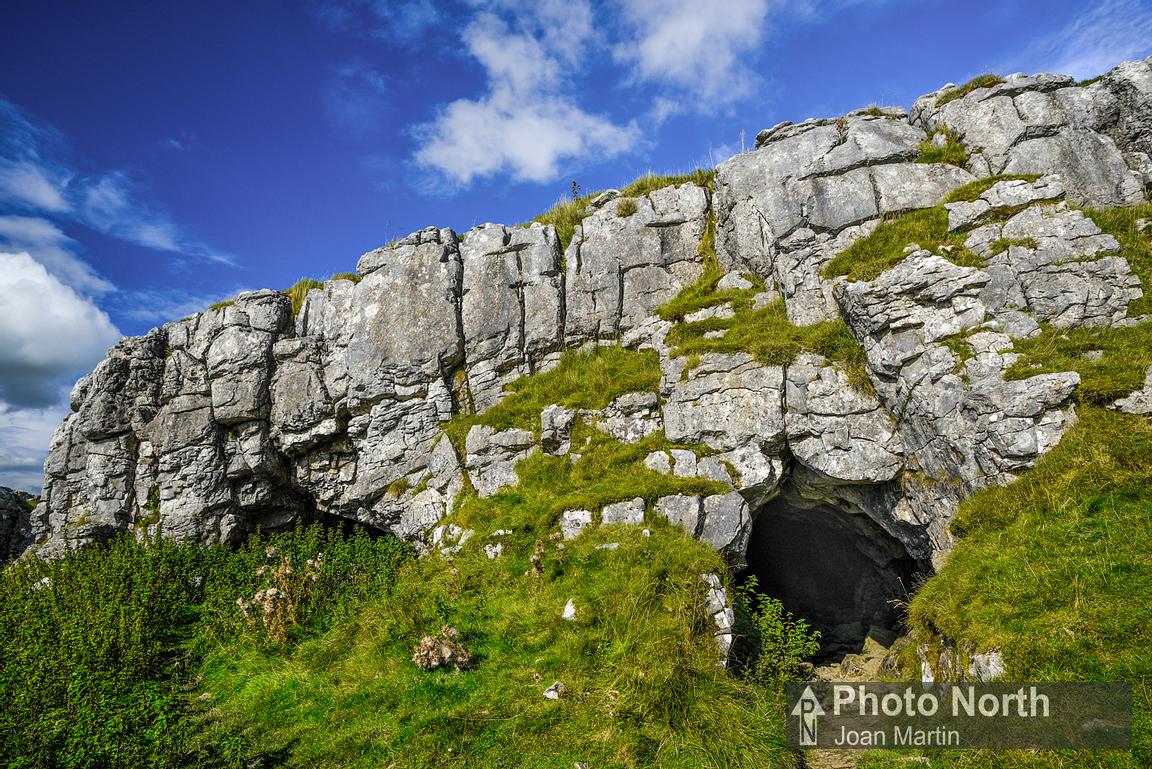 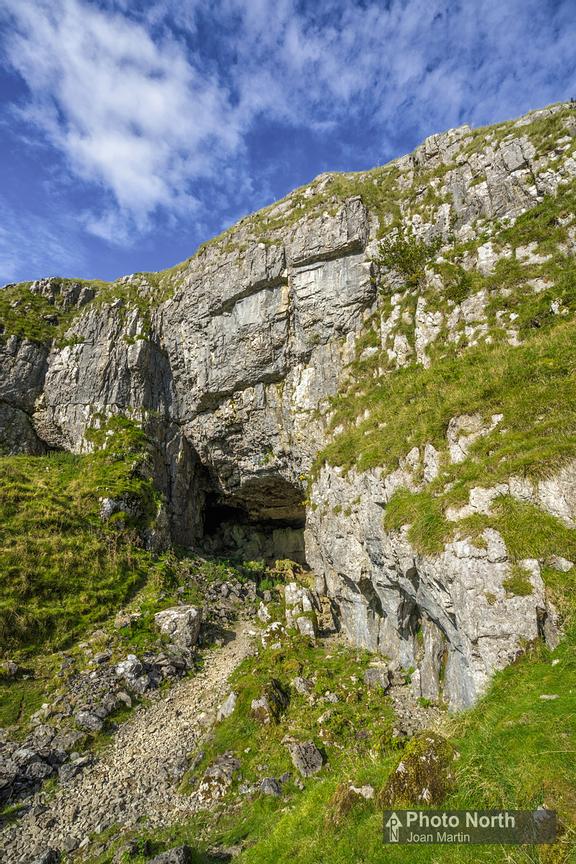 Victoria Cave, Langcliffe Scar, Langcliffe near Settle in the Yorkshire Dales.
Victoria Cave was discovered by chance in 1837 and is an important archaeological site. Within the lower clay deposits were found 130,000 year old bones of hippos, narrow-nosed rhino, elephants and spotted hyenas. It is believed that the carcases of the larger animals had been dragged back to the cave by hyenas that used it as their den. The temperature at that time would have been much hotter than today, but ten thousand years later the glaciers returned and over the following 110,000 years the cave gradually filled with more layers of clay as the glaciers melted. Remains found within these layers show that around 10,000BC the cave was used by hibernating brown bear, but more importantly, amongst the bones of reindeer, a 12,000 year old antler harpoon was found. This is the earliest evidence of man in the Yorkshire Dales. Above all these prehistoric layers of clay, Roman pottery, jewellery, craft tools and coins have also been found in the cave. They are thought to have belonged to Romano-British craft workers using the cave as a workshop. There is also a belief that the cave was used as a shrine.
© Joan Martin (PHOTO NORTH). All Rights Reserved
Model Release: No
Property Release: No
https://di262mgurvkjm.cloudfront.net/38ae4c46-dec1-44d6-8457-205f8d50fd46/LANGCLIFFE_22A_Victoria_Cave~3_xgaplus.jpghttps://www.photonorth.co.uk/termshttps://www.photonorth.co.uk/-/galleries/yorkshire-dales-photography/stainforth-and-langcliffe-photos/-/medias/38ae4c46-dec1-44d6-8457-205f8d50fd46/price 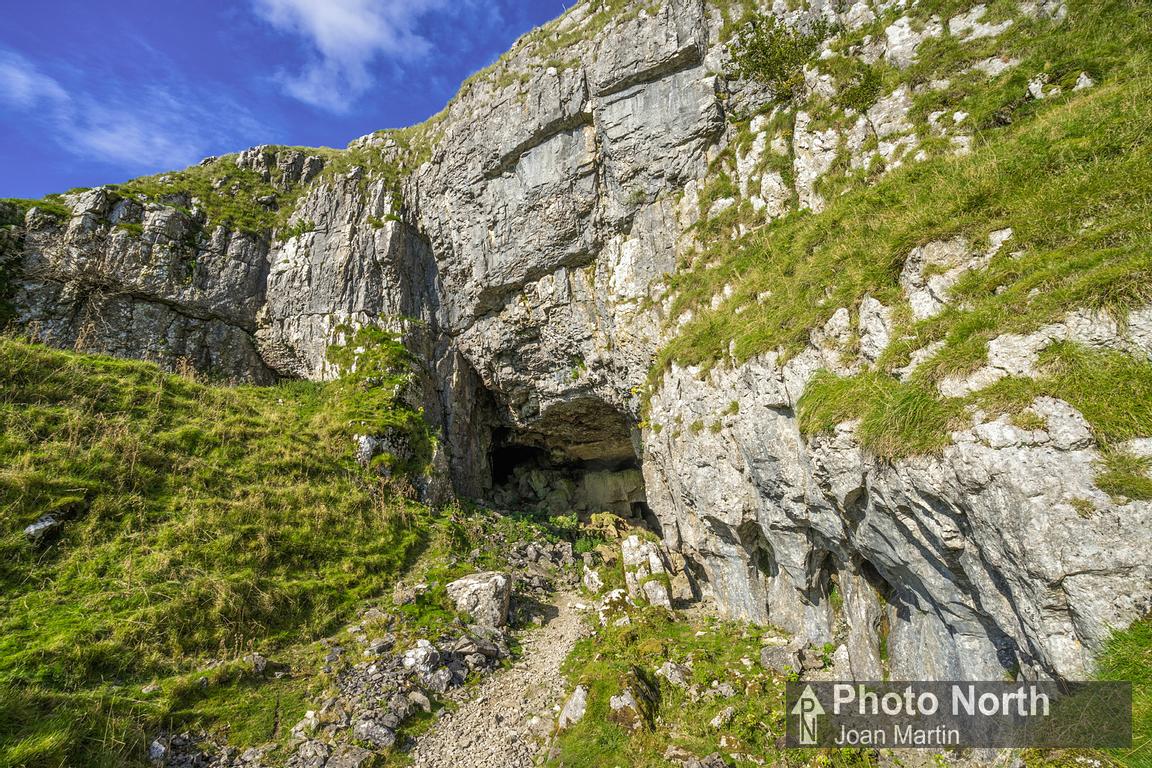