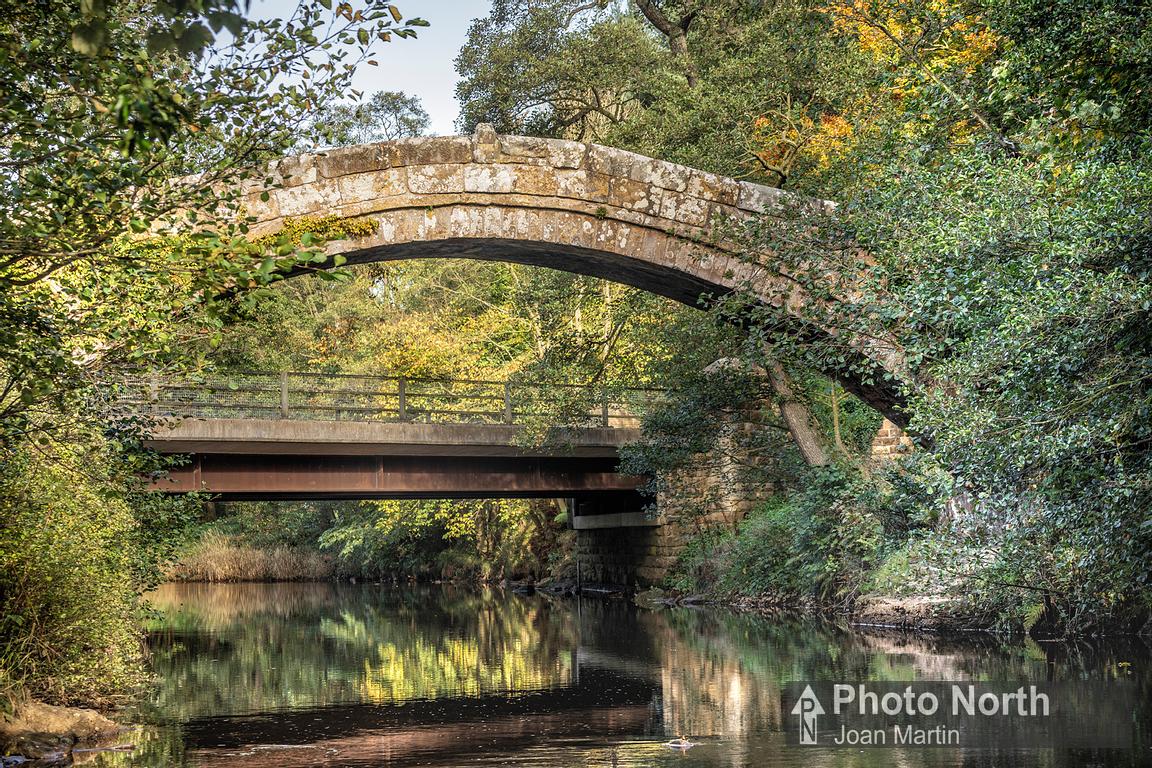 Beggar's Bridge, spanning the River Esk at Glaisdale in the North York Moors National Park, North Yorkshire.
This lovely old packhorse bridge was built by Thomas Ferris in 1619. Ferris was a poor man who hoped to wed the daughter of a wealthy local squire. In order to win her hand, Thomas planned to set sail from Whitby to make his fortune in the Caribbean. On the night that he left, the Esk was in flood and he was unable to make a last visit to his intended. He eventually returned from his travels a rich man, becoming Sheriff of Hull in 1614 and Mayor in 1620. After marrying the squire's daughter, Thomas built Beggar's Bridge so that no other lovers would be separated by the river ever again.
Beggar's Bridge is thought to include stonework from a 14th century bridge that had collapsed by 1577.
The road bridge carrying Carr Lane can be seen in the distance.
© Joan Martin (PHOTO NORTH). All Rights Reserved
Model Release: No
Property Release: No
https://di262mgurvkjm.cloudfront.net/aefdbece-f7c4-4f3b-aa44-24ba37d7c44a/GLAISDALE_03A_-_Beggars_Bridge~2_xgaplus.jpghttps://www.photonorth.co.uk/termshttps://www.photonorth.co.uk/-/galleries/yorkshire/castleton-and-glaisdale-photos/-/medias/aefdbece-f7c4-4f3b-aa44-24ba37d7c44a/price 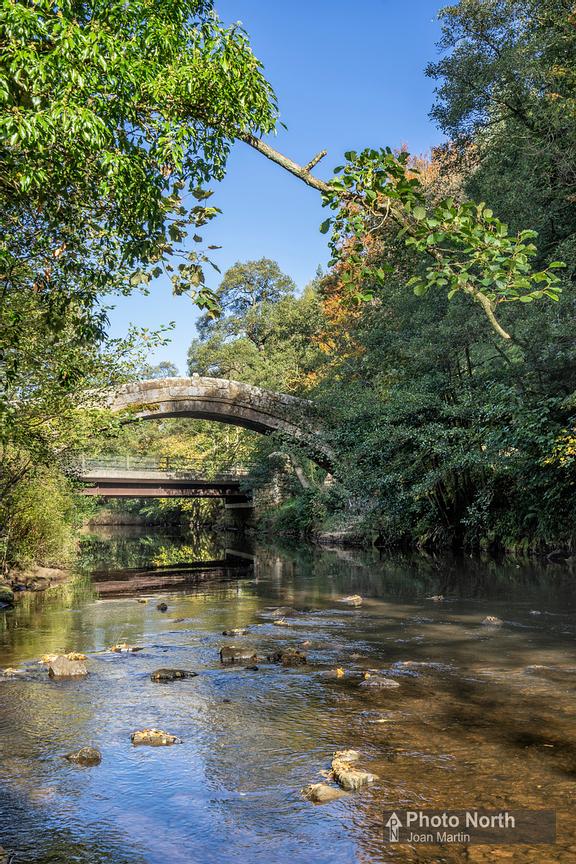