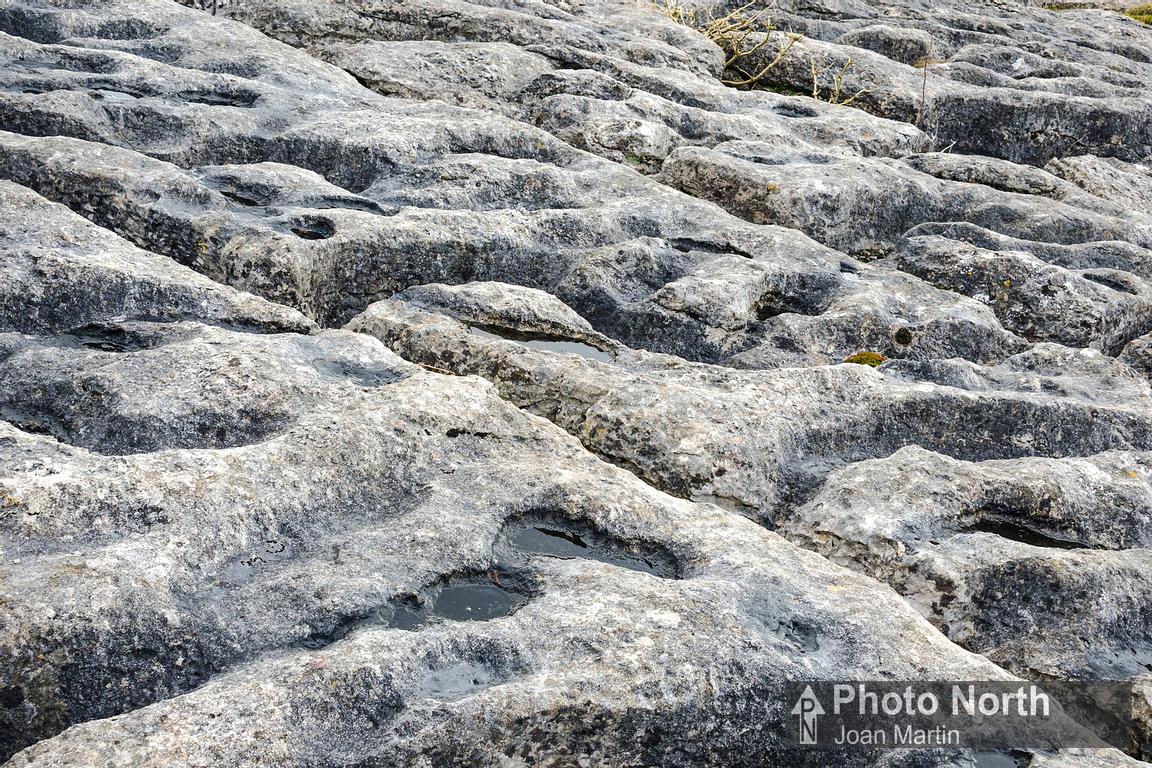 Limestone pavement detail, Birkrigg Common, Bardsea, Cumbria.
Over 300 million years ago this area lay under a warm shallow sea and the limestone formed from the bones of dead sea creatures that became compacted on the sea bed. During the last Ice Age glaciers scraped soil off the limestone and then acid rain etched gaps in the soft rock giving us clints (upright blocks) and grykes (gaps between the blocks). Woodland plants often thrive in the micro-climate of a gryke.
© Joan Martin - All Rights Reserved.
Model Release: No
Property Release: No
https://di262mgurvkjm.cloudfront.net/d9419d64-c6b8-46ad-9fa0-4c83b0199125/BARDSEA_26A_Limestone_pavement_on_Birkrigg_Common~2_xgaplus.jpghttps://www.photonorth.co.uk/termshttps://www.photonorth.co.uk/-/galleries/south-cumbria/urswick-and-bardsea-photos/-/medias/d9419d64-c6b8-46ad-9fa0-4c83b0199125/price